My dream started almost exactly 10 years ago. I wanted to earn a living bringing people together, to bring them together so they could become better versions of themselves. I wanted to help people find new ways to communicate better, collaborate better, show up better and take action. This month I have hosted retreats in my very own creative retreat space. They were doing all of what I had hoped they would. It was humbling to see that when you create space for people to show up, they do. I was living my dream.

I’ve been helping people professionally get their work done for many, many years. Over 25 actually. It’s what I do. It’s in my DNA. I was born to serve people. I love to help people make sense of the clutter so they can focus on the work that matters. It’s what lights me up. All that I learned from my career, my crazy dysfunctional childhood, being a single mom, going on incredible adventures with friends and family has given me the skills to build this dream life and “job” that opens people up to the possibilities.

What I learned 10 years ago, when I went on a weekend experience and was introduced to the idea that when you set your intentions, believe and nurture them you get what you dream of. I knew then I would find a way to make a living bringing people together. I just didn’t know how yet. Fast forward six years...I had an epiphany on a plane on my way to the Big Island of Hawaii to celebrate a Royal friend’s milestone birthday…I need to build a space for people to get out of the daily grind and into the possibilities. I furiously captured a whole bunch of notes in my Field Notes journal. It helped me make this epiphany into something I could eventually take action on. As soon as I got back I started looking for property that would match my vision. Because I had put it all down on paper, I knew what I wanted and it started with it being within 30 minutes of Portland.

I took the leap and I signed up for Zillow and Red Fin. Shortly after I started looking in 2013, I met a lovely young real estate agent at an open house. Jake, he was 19. I joking-ly called him Doogie Houser the Real Estate Agent. I told him about my vision, I also told him were going to be playing the long game. And long game we played. With vision board in hand, we looked in every outskirt of Portland. We kissed a lot of frogs and smelled some pretty funky smells. Jake stuck with me, he believed in my vision and in me.

Fast forward to 2017. We found it. I couldn’t have done it without him. Gratuitous plug here: if you are looking to buy or sell a home, Jake Woolsey from Summa Realty is your guy! For reals. On June 30th, my loving partner, Gene and I moved into our dream home and retreat space. The Peach Cheesecake Ranch.

I hosted and facilitated my first retreat for All Hands Raised a local education non-profit. August 17th. Their newly formed Partnership Pod needed to get prepped for the beginning of the school year and the kick-off of their partnership work. It was a real test to see if the space held up to my expectations. And it did. The weather also cooperated. Just as it was time to break for lunch, the sun also broke through and we were to eat outside and enjoy the view of the Columbia River Gorge. It was a goose bump moment.

On September 20th I hosted The Take Action Retreat, a retreat that I started with my business partner Jody White last year. It is a one-day retreat that gives individuals intentional, focused time and space to take action. We have hosted this retreat twice before out at the lovely Ruthanne’s Heaven and Earth Retreats in Banks. This weeks was in my space, here at The Ranch.

We had eight amazing doers take over the space and they got some shit done #GSD. We had a VP of a non-profit, two from a local government agency, an architect, a writer, an art director, a strategic communications consultant and a seasoned marketer that is launching her own media and merchandise company.

These doers spent the day checking things off their to do lists, collaborating with each other and ended the day by cooking a meal together honing those collaboration and teamwork skills. At the end of the evening, we all sat together and ate our wonderful meal, reflected on what was accomplished and how the day had made each of us feel. My heart was bursting. I’m not going to lie, I was welling up all through dinner. One of my favorite quotes was, “After today, I feel like I got my professional mojo back.” This was one of those drop the mic moments.

I’m still pinching myself. There are times that I still can’t believe I’m here in this space, that I’ve accomplished that thing that I’ve been dreaming of for so long. I can truly say with 100% conviction, when you open yourself up to the possibilities, stay focused on what you want, put some serious elbow grease in…Dreams really do come true.

The Ranch is open for business. Want to hear more about my journey, come out for a tour or book an event, let's talk: denise@deniseransome.com.

Checking back in + five resources

My version of the Field of Dreams

Ahhh, summer. And some fun stuff.

What have you learned or gained during this past pandemic year?

This is how I feel, sometimes

Checking back in + five resources

My version of the Field of Dreams

Ahhh, summer. And some fun stuff.

What have you learned or gained during this past pandemic year?

This is how I feel, sometimes

How's your focus right now? And what are you focusing on?

I will make mistakes. And, I’m trying. 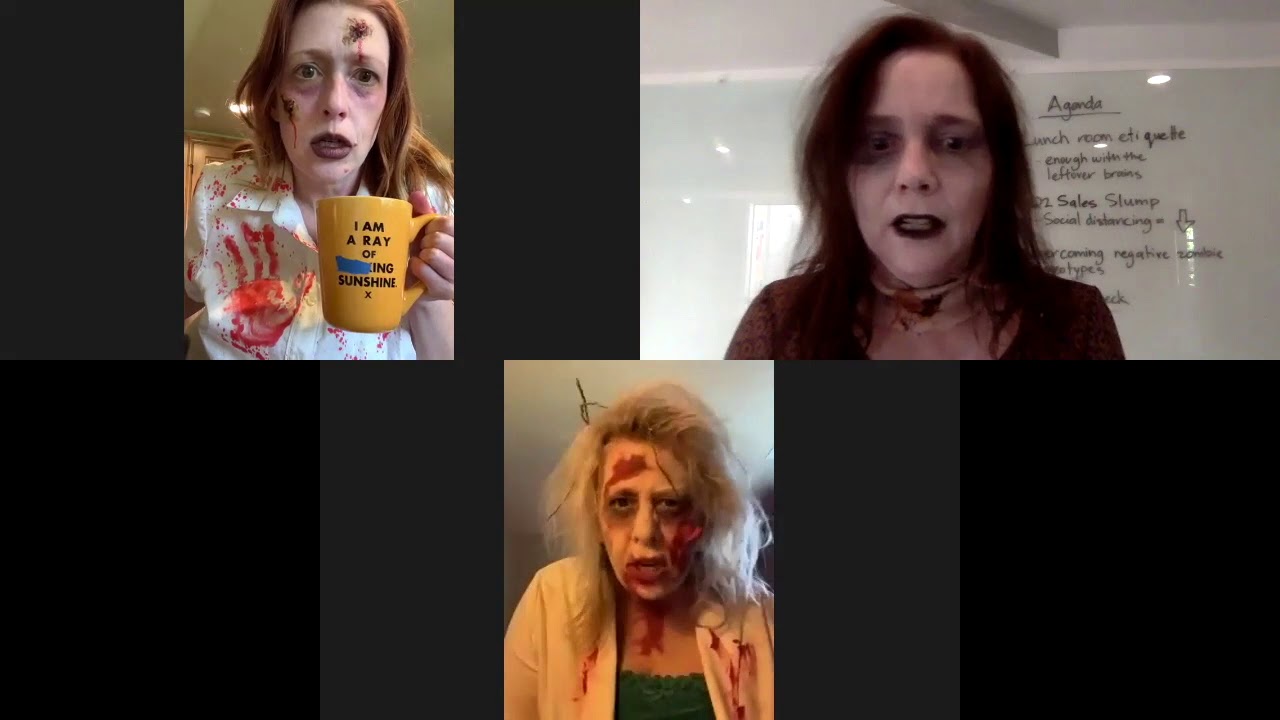 Are You Becoming a Zoombie?